On February 25th, St. Croix EDC honored its 2020 business of the year winners during an event conducted on Zoom. You can watch a recording of the event here.

Patrick Thompson, who served as the County Administrator for St. Croix County from 2011-2020, received the EDC Directors Award, an occasional award presented to an individual or organization in honor of contributions to economic development through innovative actions, making St. Croix County a better place to live, work, and raise a family.

Launched in May 2020, National Tactical Security (NTS) is the 2020 Emerging Business of the Year (based in St. Croix County and in business for five or fewer years).  It was founded by business partners Dave Skinner and Troy Szotkowski, who also own and operate Applied Countermeasures Group, founded in 2015. NTS provided executive protection for clients who quickly and unexpectedly found themselves in harm’s way last summer as a result of unrest locally and around the globe. In just eight months NTS obtained security licensing in eight states where qualified security agents were hired. NTS provided security and consulting services for election campaigns and provide 24/7 services as needed.

Laptop Chips is the 2020 Small Business of the Year (29 or fewer employees). The company is a hardware recycler and parts supplier serving Minnesota and Wisconsin since 2010. Their clients span a broad range from Fortune 500 companies, government agencies, and educational institutions, to small businesses, and even end users.  Services include computer recycling, asset disposition, data destruction in compliance with DoD 5220,22-M standards, reverse logistics, liquidating, and downsizing or facility closure. Laptop Chips was founded by Erik Salomonsen and operates facilities in the Villages of Roberts and Baldwin.

Nolato Contour is the 2020 Business of the Year (30 or more employees). Nolato Contour is a precision plastic and silicone injection molding company that produces and supplies plastic components and finished medical devices to major medical and pharma companies in the United States. The company was launched in 2010 following Sweden-based Nolato Group’s acquisition of Contour Plastics in Baldwin, Wisconsin. The acquisition enabled Nolato to secure a North American scientific manufacturing foothold with medical technology companies. In September 2018 Nolato announced a major expansion totaling $18+ million in Baldwin, which resulted in the creation of new jobs and a corporate tax credit award from the state. Russ Steele leads Nolato Contour as its president and managing director.

Patrick Thompson is the recipient of the EDC Directors Award. He came to St. Croix County as its first county administrator in 2011 and served in that capacity until August 2020 when he accepted a similar position in Winnebago County, Illinois. Thompson led several initiatives in St. Croix and the EDC appreciated his strong support and advocacy for economic development.

Each of the winners received a plaque from the EDC as well as a Legislative Citation from the State Senate and Assembly, and numerous congratulatory letters from state, federal, and local officials. 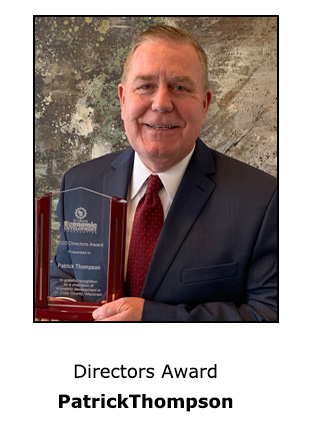 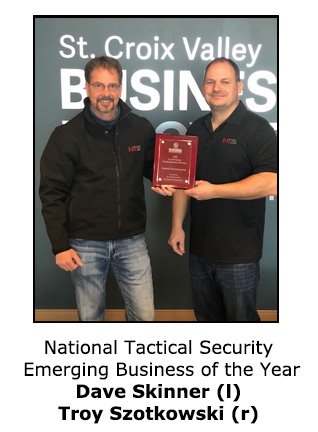 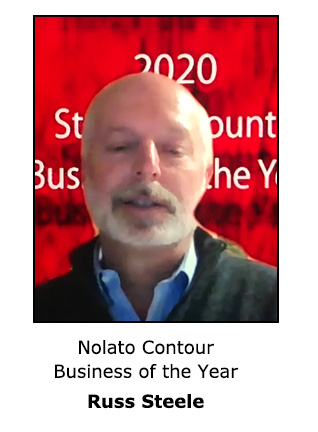 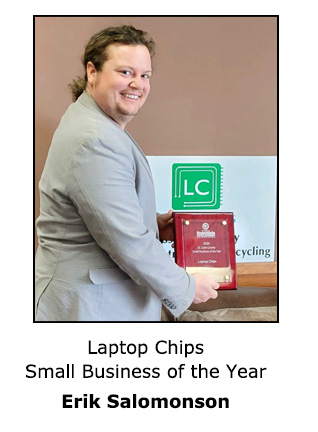 ← 2020 Business Of The Year Celebration Batter Up! Fish Fry Season in the Valley →

2020 Business Of The Year Celebration

2020 Business of the Year Awards Celebration 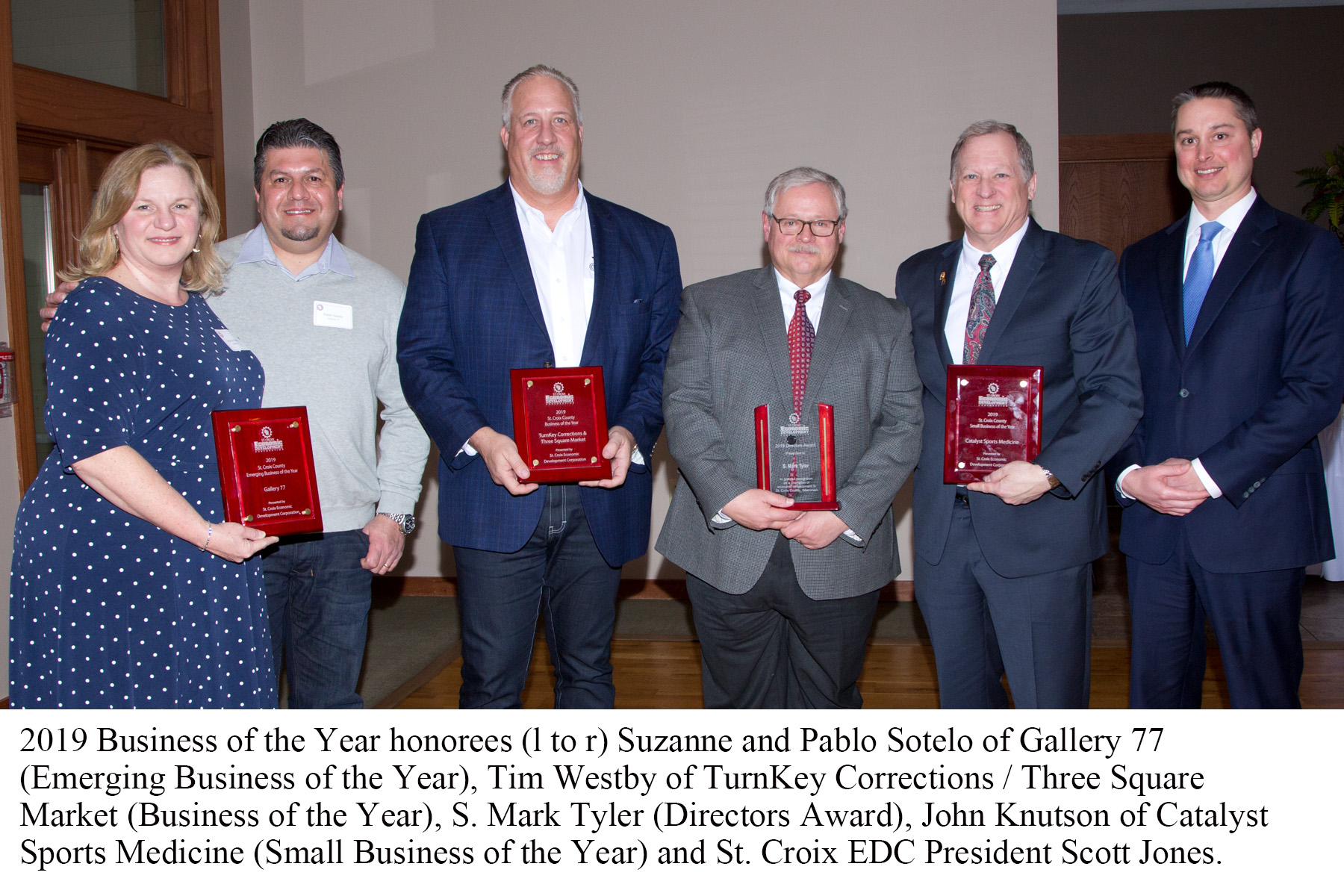 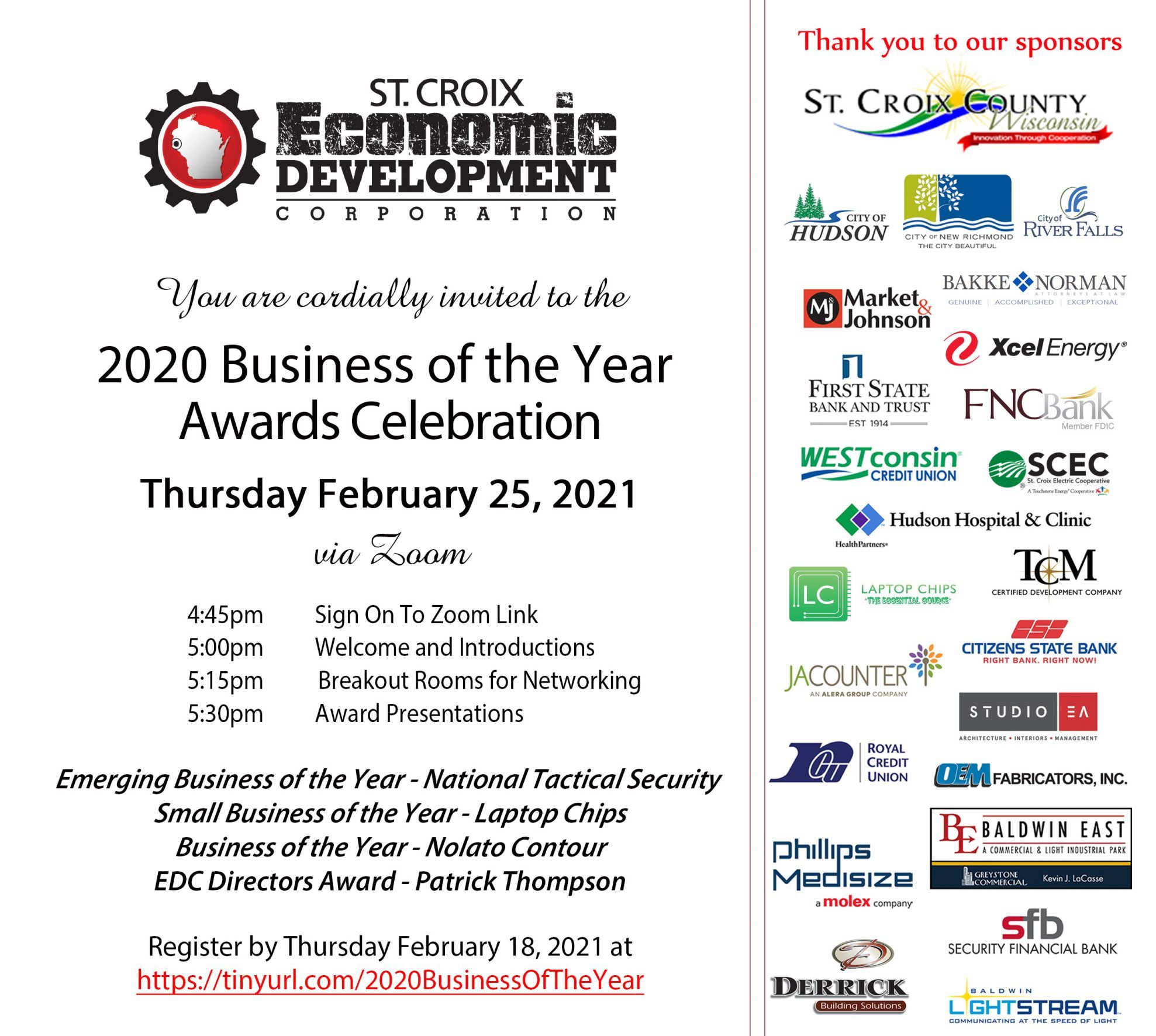 Due to the global pandemic, Valentine’s Day 2021 will look far different than in the past. But a pandemic won’t stop love birds from dropping almost $22 billion (with a “b”) in the U.S. to mark the occasion. As a reminder, consumer spending accounts for around 70 percent of the U.S. economy, sometimes referred to as gross domestic product, or GDP. With the economy still leaking oil, $22 billion represents a good jump-start. Attention St. Croix Valley residents, please continue to spend your money on candy, cards, flowers, jewelry, or an evening out, but do it locally!

The multi-billion dollar estimate for Valentine’s Day comes from the National Retail Federation, an organization forecasting consumer expenditures on the likes of back-to-school, Halloween, and holiday shopping after Thanksgiving. NRF’s estimate for 2021 is well below the forecasted $27.4 billion in spending on the 2020 pre-pandemic occasion. Ch-Ching.

And now for the juicy parts of Valentine spending. NRF predicts the average expense for romantics is almost $165.00 per person, down from 2020’s spending of around $196.00. For comparison, just ten years ago, in 2011, $116.00 per person was spent. Despite the 2020 health hiccup, the elevator was trending upward very nicely. The average expected spending for men is forecast at $231.00 while women expect to spend $101.00.

More juice (sweet treats, floral scents, and the aroma of food). More money will be spent on candy in 2021 than the previous year, and at 54 percent planning to make this purchase, it is the most popular choice. Thirty-six percent of NRF’s survey respondents said they plan to make flowers their gift of choice. That’s down from 37 percent from 2020. The pandemic means fewer nights out. Twenty-four percent are planning an evening out in 2021, compared to 34 percent last year. NRF says the 24 percent is the lowest in the survey’s history. An estimated 41 percent say they plan a special dinner or celebration at home. That still equates to consumer spending. And keep take-out in mind. The local restaurants would appreciate it. Most suffered throughout 2020.

Where to shop? NRF says 38 percent of it will be done online, followed by 29 percent at department stores, 28 percent at discount stores, or 17 percent at both specialty stores and local/small businesses. A challenge is hereby made to St. Croix Valley romantics – small shops and businesses deserve at least a 25 percent share.

And finally the best news. Almost 75 percent of people marking Valentine’s Day in 2021 feel it’s important to celebrate due to the global pandemic. Celebrants can expect all kinds of goodies, and flowers, and cards, even if they are handmade or corny. Aside from altered plans and expenditures, let’s make Valentine’s Day in the St. Croix Valley extra special this year.