St. Croix Economic Development Corporation (EDC) held its Annual Meeting at Northwood Technical College in New Richmond, Wisconsin on Tuesday, May 10th.  A slate of officers for 2022-2023 and two new board members were elected, along with the re-election of five directors. Three county supervisors also joined the board for the first time in accordance with EDC bylaws.

Aaron Sundeen, Director of Project Development at Derrick Building Solutions, (New Richmond, WI area) was elected Board President. He has served on the board since 2019 and replaces Angela Popenhagen who completed her term as President. She will continue to serve on the board and the executive committee as Past President.

Marina Onken was elected Corporate Secretary-Treasurer. She retired as Dean of the College of Business and Economics (CBE) at UW-River Falls in late 2021 and is now Professor Emeritus of Strategy and Innovation at CBE.

Aaron Sundeen, Steve Gossel, Susan Yohnk Lockwood, Marina Onken, and Kim Rock were re-elected to the board. Each will serve a final three-year term, ending in May 2025.

Tom Aaby and Tom Loonan were elected to three-year terms on the board. Aaby is Vice President of Business Development with OEM Fabricators (Woodville, WI) and Loonan is an attorney with Eckberg Lammers. He practices civil municipal law and business law. Eckberg Lammers has offices in Hudson, Wisconsin and Stillwater, Minnesota.

Carah Koch, Paul Berning, and Mark Carlson from the county board of supervisors were appointed to the EDC board earlier in the month.

The board of directors accepted the 2021 financial review from Jason Zahradka, CPA of Guinn, Vinopal & Zahradka, LLP.

The board honored Popenhagen, Jones, and Kelly at the conclusion of the Annual Meeting. 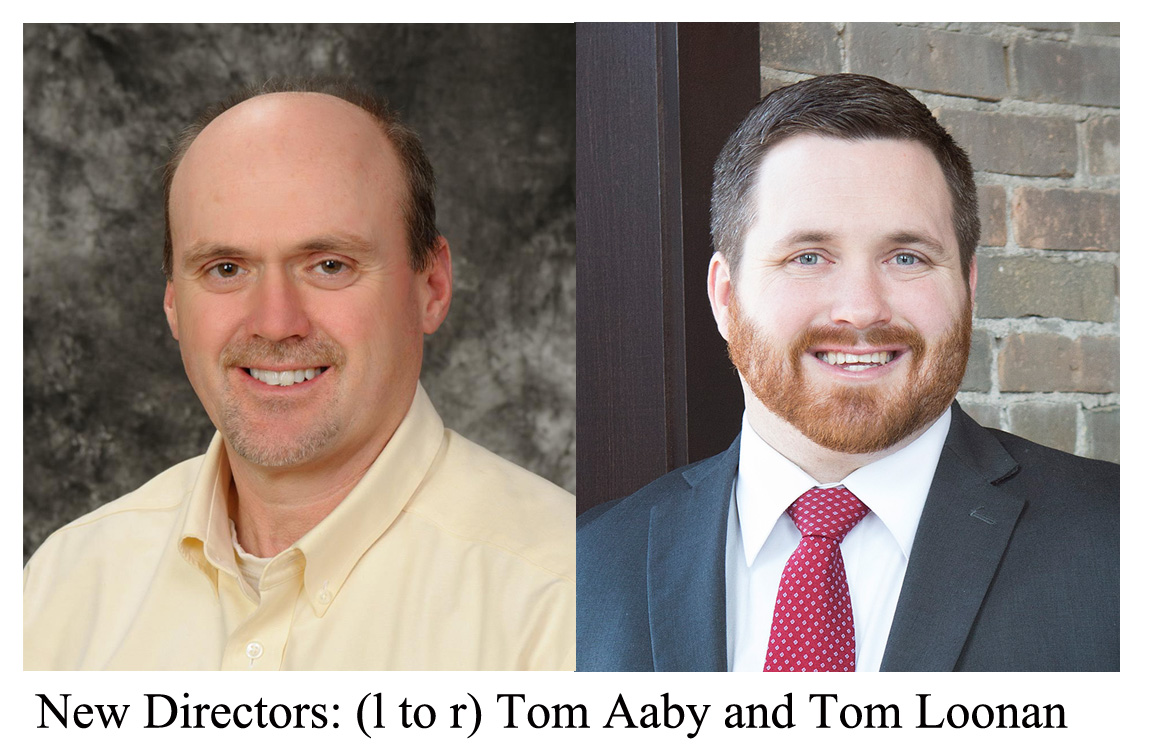