EDC Donates Business of the Year Fundraiser to Food Shelves

The COVID-19 pandemic forced the EDC to use an electronic format to honor three businesses and an individual this year. Under normal circumstances, the celebration is held at an event center with 175+ people gathered for networking, dinner, and awards. With no meals served on February 25th, the EDC asked attendees to consider donating to the food shelf cause and an online service collected the funds, which were later released to the EDC.

“The global pandemic has adversely impacted so many lives in St. Croix County,” said Rob Kreibich, president of the EDC board of directors. “The voluntary fundraiser was a relatively easy way to generate some meaningful money and get it in the hands of those in need,” he added.

“Part of the donation is from public and private sector members of the EDC who supported the awards celebration with sponsorships,” said Bill Rubin, the EDC’s executive director. “We appreciate their continued support.”

The St. Croix Valley Food Bank works to end hunger and food insecurity in west central Wisconsin and is responsible for distributing the funds to food shelves in St. Croix County. The food bank builds on the success of the former John Coughlin Food & Resource Center (JCFRC). Coughlin served as the executive director of the United Way St. Croix Valley for more than 20 years. He saw hunger as a major impediment in the St. Croix Valley. Due to the growing regional need in west central Wisconsin, JSFRC transitioned to a nonprofit organization, independent of the United Way, known as the St. Croix Valley Food Bank. In 2020, the food bank distributed an estimated 761,409 pounds of food (913,690 meals). Those efforts, combined with Second Harvest Heartland, created a total distribution of three million pounds of food. It plans to distribute six million pounds of fresh, healthy food in 2021.

Anne Searles serves as the executive director of the St. Croix Valley Food Bank. She said, “This past year has taught us that the need for food is growing and we, as a St. Croix Valley community, need to grow our response. The data is clear – our region needs at least 6 million pounds of food this year to meet the existing hunger demands in our communities. By building upon the foundation of the United Way’s John Coughlin Food & Resource Center and greatly expanding our operations, we can help end hunger in Western Wisconsin.”

2020 Business of the Year Honorees

National Tactical Security (City of River Falls) was honored as the 2020 emerging business of the year; Laptop Chips (Villages of Roberts and Baldwin) is the 2020 small business honoree; and Nolato Contour (Village of Baldwin) is the 2020 business of the year. Former county administrator Patrick Thompson received the EDC Directors Award from the board for his numerous contributions during his tenure as administrator from 2011-2020. 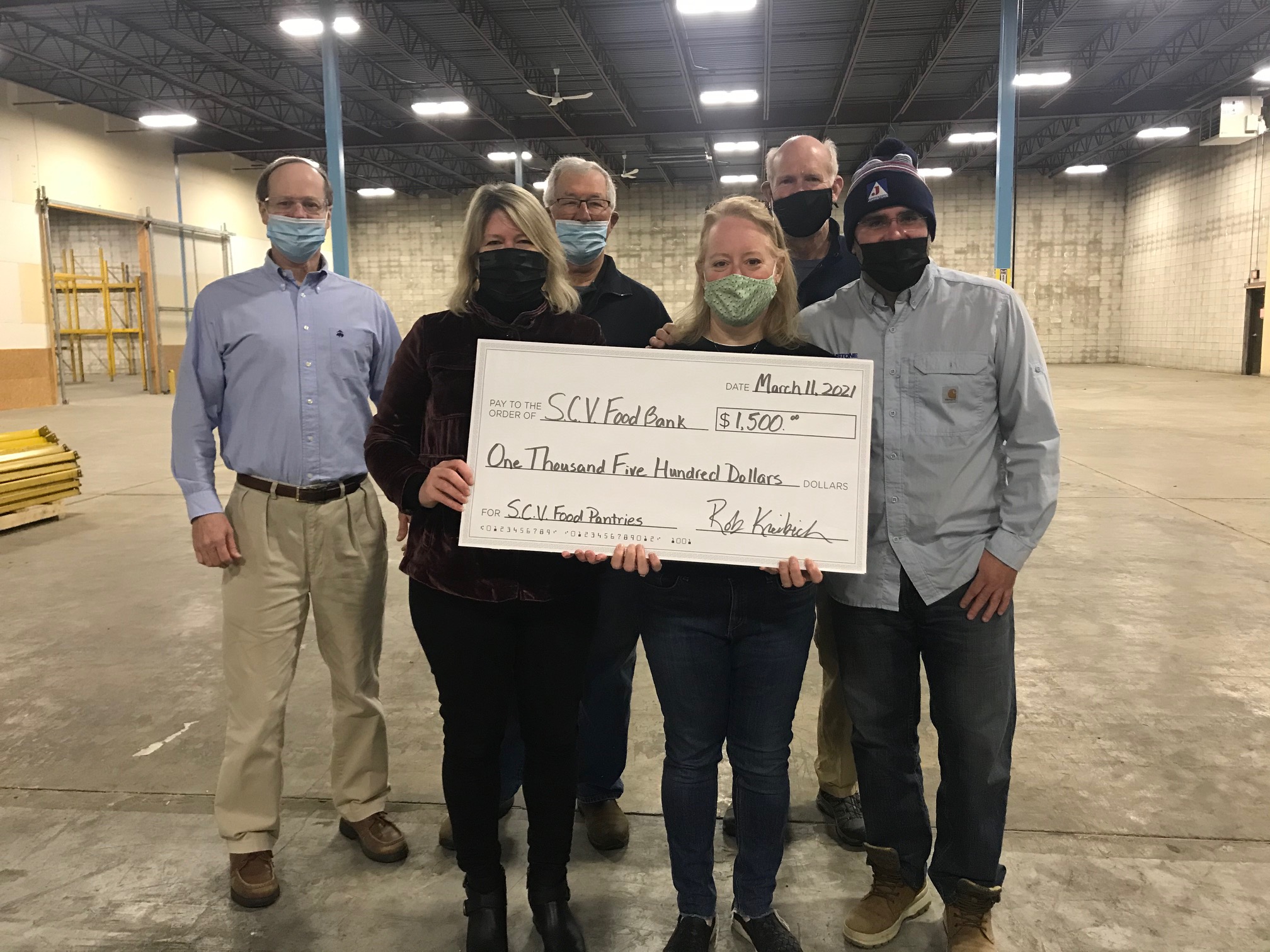 Representatives of the St. Croix Valley Food Bank received a donation from St. Croix EDC in their newly-leased warehouse on March 12, 2021