He was shocked to learn Halloween’s spending hit an all-time record of $10.14 billion according to the National Retail Federation forecast. Grinch calculated this year’s spending on costumes, candy, and merriment was up nearly 26 percent from 2020’s COVID-impacted spending. A 26 percent gain looked exceptional compared to Grinch’s investment portfolio of late. The Grinch costume, usually worn by Grinch himself, wasn’t even listed in the Federation’s ‘Top Ten’ for children, adults, or . . . . wait for it . . . . pets. Farewell Halloween 2021.

Before holiday shopping commences, Grinch reminds St. Croix Valley residents to enjoy Thanksgiving. Traditions need to be upheld, even though they changed over time, going way back the first public Thanksgiving holiday in 1862. No word on NFL programming back then, but Detroit was probably still bad and Dallas wasn’t America’s Team. The St. Croix Valley knows America’s Team wears green and gold. The Vikings were rumored to have wandered central Minnesota looking for a goal line to cross. Failing, they left the Kensington Runestone behind as a future tourist attraction.

Thanksgiving still serves as a reminder of a successful harvest, a change in seasons, and family gatherings bringing together the old and wise with the very young. The National Turkey Federation says 90 percent of Americans will eat turkey on Thanksgiving whether roasted, grilled or deep fried. A pre-meal run or walk, movie, and backyard football all have their places on Thanksgiving.

The Grinch has a plan. He talks of stark realities in the Land o’ Plenty, and is a big supporter of the St. Croix Valley Food Bank (www.stcroixvalleyfoodbank.org). Food bank administrators say 24 percent of children in western and west central Wisconsin live in poverty, and hunger is a daily reality. An estimated 9,800 households are projected as food insecure. The food bank operates pop-up pantries in communities like Baldwin, Somerset, Glenwood City and Deer Park, making distribution more convenient for those in need. Last year, the little-food-bank-that-could distributed 761,409 pounds of food, the equivalent of 913,690 meals. Financial support will help the food bank achieve its 2021 mission to provide six million pounds of food. Grinch calls it a major logistical deployment. Donations to the St. Croix Valley Food Bank make a difference. A big difference. They stay local and help families and the elderly who struggle with hunger.

As for Grinch, he insists he’ll eat less and shop far less. He’ll use those savings for a donation to the food bank. He calls upon St. Croix Valley residents and businesses to use office parties or neighborhood gatherings as fundraisers. While the drinks and food may be free, there’s nothing wrong with donation jars marked St. Croix Valley Food Bank. Sounds like a new tradition.

Here’s to the lovable Grinch who launched a plan and now seeks a retraction. Turns out his heart incorrectly reported as “two sizes too small” is a heart of gold. A dollar or two here and there in the giving season makes the St. Croix Valley an even greater place, far outpacing little Whoville.  (Bill Rubin serves as the executive director of St. Croix EDC). 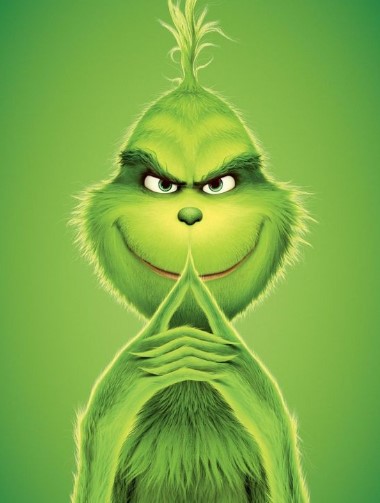