On October 15th, Syntegon Packaging Technology, LLC in New Richmond, Wisconsin hosted St. Croix EDC and representatives from the New Richmond Area Chamber of Commerce and City of New Richmond as part of Manufacturing Month in the U.S. The visit included an overview of the company from Syntegon’s management team and wrap-up tour of the facility.

St. Croix EDC board president Angela Popenhagen presented Syntegon with a proclamation to recognize the important contributions made by manufacturers in the St. Croix Valley. Walter Haecki, President & Managing Director, accepted the proclamation on behalf of the nearly 170 associates at Syntegon in New Richmond.

According to the proclamation, manufacturing is Wisconsin’s top industry sector, producing an estimated $65+ billion in total output, or almost 20 percent of the state’s gross domestic product (GPD); the manufacturing sector boasts over 8,000+ incorporated businesses; and employs one in six workers in the state, or around 475,000+ people.

Learn more about Syntegon in New Richmond at https://www.syntegon.com/company/locations/new-richmond. 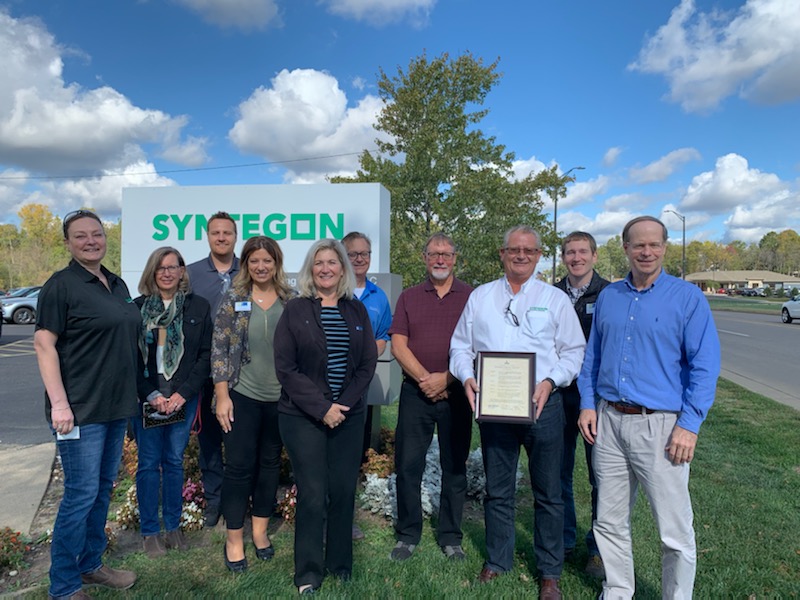